Some of you probably noticed that I updated my blog layout in January.

My friend Elraen had a tradition of posting screenshots of her old blog layouts as a record. She’s currently a journalist in the music industry, she majored in digital writing, and she does a lot of photo editing and graphic design work, so this was a way of marking her journey.

I thought I’d do a similar post. Here’s a recap of the last several years.

When I first started blogging back in 2010, I used Blogger. I customized the layout by modifying the HTML and CSS defaults. Since I was heavily involved in the Dreamstime stock photography community, I used a photo from a vacation to Santa Fe as the background image.

I posted musings about life, poetry, and about projects I was working on for Cleanplace, the writing forum community that I joined in 2009. 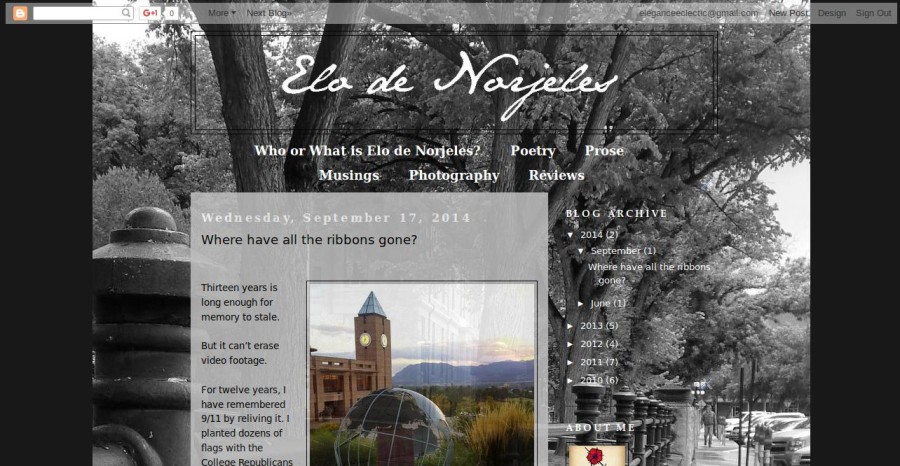 In 2014, I decided to start blogging under my real name. I’d been an editor at my college newspaper for a couple of years, and I was used to not writing under a pseudonym anymore. So I switched over to WordPress and bought my domain name.

I even formatted my layout to look like a newspaper. 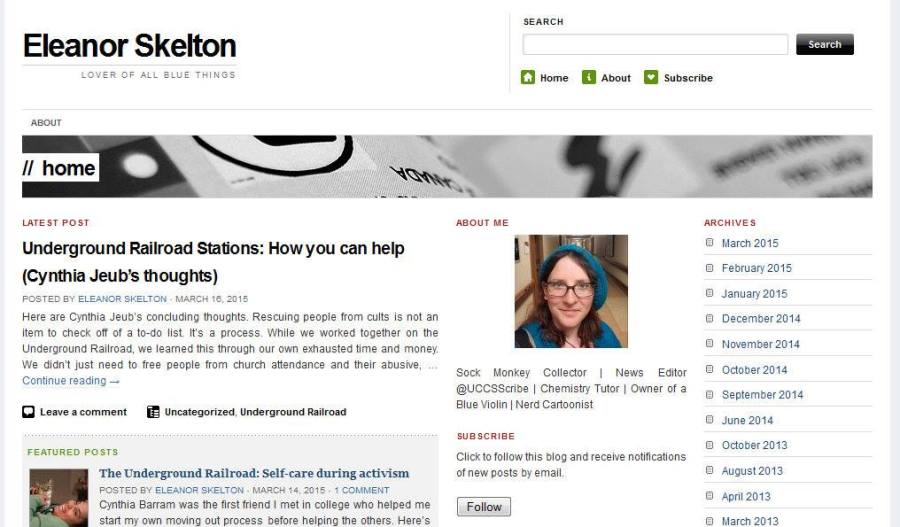 Then in 2015, the three column format became too clunky. The layout forced you to mark posts sticky to feature them on the front page and remove the sticky when there were too many posts. Sometimes the format took longer to load in a browser.

I went with a more minimalist look. 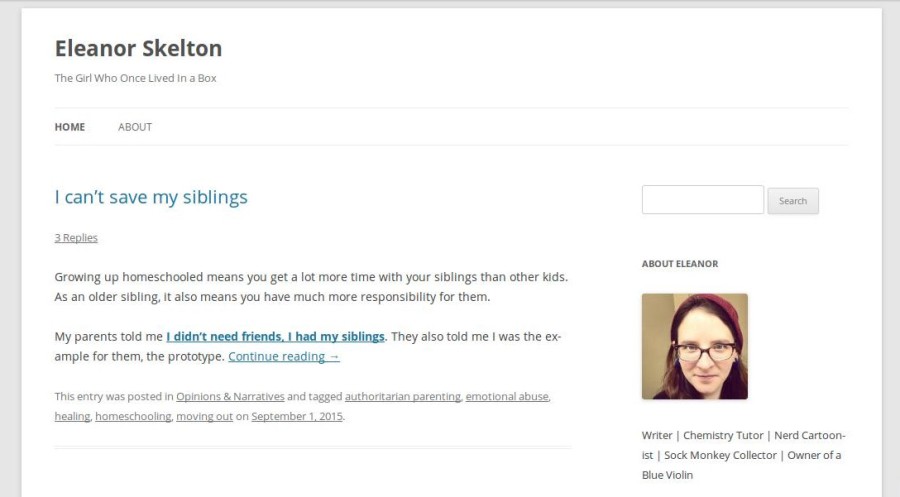 This was the simplest format, but I got tired of the bland color scheme. I considered adding a header image or upgrading to change colors, but then in January, I just decided to go with a new look for the new year. It’s so shiny.