You know those moments when God grabs your attention? Seems like it usually happens when you’re not expecting it and you feel wholly unprepared. At least if you’re like me.

I’ve been in a sort of introspective mood lately anyway, just thinking about things more deeply than usual. Not depressed – just rather…pensive. And I think I have been learning some things that I wouldn’t have noticed if I had been going about my routine as usual.

One of these moments was while I was driving home from school a week or two ago. I was listening to the Christian radio station I always have my car stereo tuned to, and it came on with one of those advertisement/announcement clips. This one was trying to retell the Easter story in a few minutes with a dramatic movie preview sort of feel. Toward the end of it the announcer person was saying something like “From the cross, He lifts up His head” and my mind was filling in the usual “and uttered a victory cry” or “and shouted that it was finished” or something more stereotypical. Instead, the announcer continued, “and He whispers (and here the speaker’s voice changed), ‘I love you.'”

I nearly broke down crying right there driving down Union Boulevard.

But I was in a hurry, going somewhere, and so I blinked back the tears. But the moment stayed with me. All through the past few days, especially this Easter week. 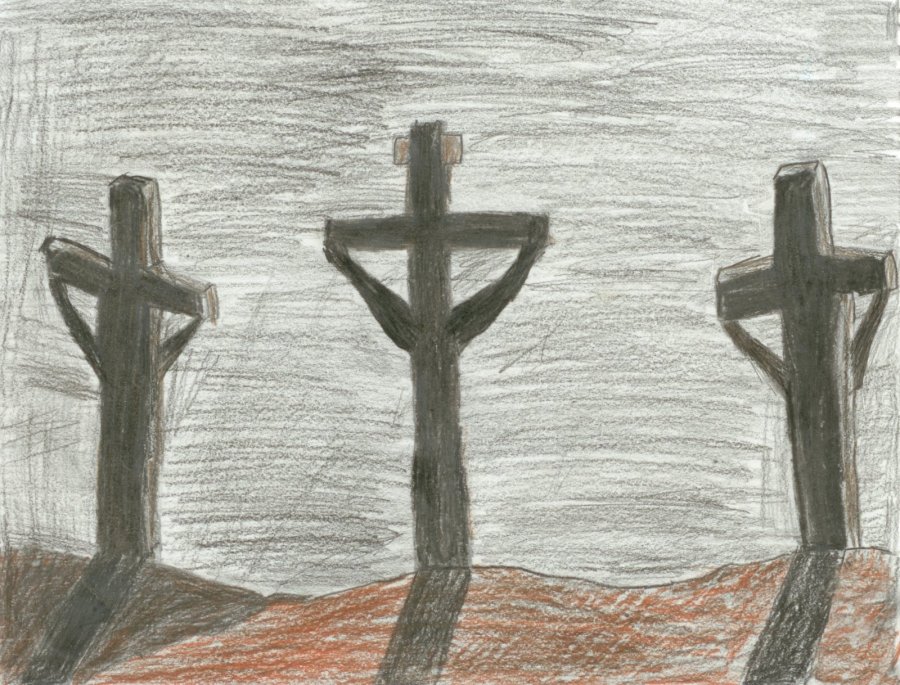